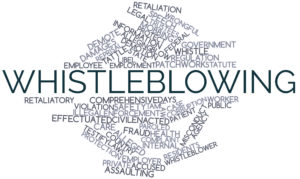 On 14.12.2017 Law 179/2017 concerning Whistleblowing was published in the Official Gazette (Provisions for the protection of perpetrators who report crimes or irregularities in the context of an employment relationship).

These provisions rule the reports and the protection of the whistleblower.

Article 6 of Legislative Decree No. 231/2001 clearly states that the organisational and management models must provide:

a) one or more means of allowing top management and employees to submit detailed reports of violations of the organizational model and illicit conduct relevant to decree 231, based on factual and consistent information discovered due to the employees’ role, in order to protect the integrity of the Organization;

b) at least one alternative means of allowing the whistle-blower to maintain absolute anonymity in order to avoid retaliation.

c) prohibiting acts of retaliation or discrimination (direct or indirect) against whistle-blowers for reasons connected (directly or indirectly) to the report.

d) sanctions against those who violate the protection measures of the whistleblower as well as whistleblowers who carry out fraudulent reports with wilful misconduct or gross negligence.

The novelty is represented by the sanctions that disciplinary systems must provide for those who make reports that prove to be unfounded. This last provision will certainly bring potential hazards; for example, it may not be encouraging for uncertain whistleblowers who, for fear of incurring sanctions, may omit the reporting of events that are not based on certainty, simply to avoid the sanctions envisaged.